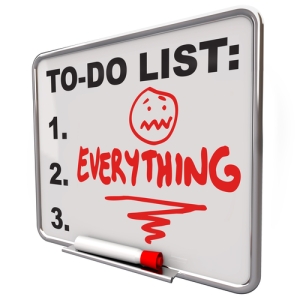 Author burnout is a real thing when you allow your focus to shift…
When I first started out writing 5 years ago I could pump out words like nobody’s business. 10k per day was normal for me. 5k a day meant that I was slacking by being on social media, which I’ll admit did happen more than it should have.
Fast forward to today and if I can finish a chapter per day I feel like I deserve a cupcake in celebration. My brain has hurt for almost a year now. Deadlines, writing things that weren’t for me, health issues and stress damaged my love of crafting stories. Writing became work instead of a passion and I hated that. I hated it so much that for a time I considered giving up one of the things I love most in life and just walk away from it all. That was a devastating feeling for me because writing is a part of who I am. It is not a want but a need, an outpouring of my soul that has to happen, but over time I began to feel damaged.
I was tired of the pressure, of the drama and backstabbing that I have watched in the indie

world, both in person and on social media. I was emotionally drained from the black listing, the bullying, and the downright nastiness. There is an ugliness among many authors who feel like they have to compete with each other instead of building each other up. These actions hurt my heart and made it hard to love what it is that I do because I no longer took pride in it. I no longer felt like much good was coming from publication. I saw too much greed and malice. Too many divas were being born who treat readers and event volunteers like dirt instead of being grateful for their support.
But then I was reminded during Quinn Loftis‘ keynote speech at Penned Con St. Louis this past year about WHY I wanted to write in the first place. Her words were a breath of fresh air and for the first time I felt a glimmer of peace return. That was back in September and now its only a couple of days until December and I’m just now able to write something that doesn’t feel like complete crap. Once you reach a burnout stage there is no quick fix.
Quinn reminded me that I do not write for praise, for money, or a big fancy title. All I ever wanted to do was make someone smile, to think, or to feel. To express my thoughts, my hopes and dreams in a way that might touch someone’s life in a positive way. To bring hope to someone who feels hopeless, to bring escape for someone trying to avoid life for a little bit, to speak to someone dealing with terrible things, and to bring a sense of inner strength to someone who may not feel strong enough to face the trials in their lives.
My characters never have an easy go of it. I let terrible things happen to them for a reason…to show that struggle isn’t a bad thing. It makes us who we are. It allows us to relate to other people dealing with the same crap. Love isn’t easy and I don’t believe that it is throw away either. I don’t believe in love at first sight or in fairy tale romance. It’s not who I am. I believe in accepting a person for who they are, faults and all, in hard work, in compromise and working through the tough things in life that might tear down other people. I believe that no one will ever believe in you more than you can believe in yourself. I believe in fighting for your dreams no matter how many times you are told you aren’t good enough. In getting back up when you are knocked down. In being a rebel and obliterating the box that people try to confine you in.
These are the things I believe strongly in and write about. These are my WHY I WRITE.

Will I ever hit a USA or NYT bestsellers list? Maybe not but I’m ok with that. Will the indie world ever revert back to how it used to be, when it felt more like one big family where everyone was learning and growing together? Where people helped share things without expecting something in return just because it was the decent thing to do? I really hope so. I hope that there comes a day when authors can publish without fear of blacklisting, or hateful reviews not based on the book itself but a personal slam, and that people will stand up to the nastiness. I hope that it becomes a world of positivity and support once more.
But until then I just want to write what my heart needs to write. If I can make one person smile then that’s good enough for me!

2 thoughts on “Author burnout is a VERY real thing…”