A completed trilogy for those who love a little action, romance and adventure in their mythological tales.

Humans and banshees were never meant to see each other, let alone fall in love. When Devlin crosses over the veil into the Netherworld, he is transported into a world that runs parallel with his own and invisible to his kind. Here, banshees and reapers rule the land, ushering the dead to the Isle of Glass while keeping the evil lorcan soul suckers in Hollow Earth where they belong. When the wall breaks and lorcan spill into Netherworld, his banshee love, Taryn, and the reaper, Prince Aed, will stop at nothing to save their people. But at what cost? Will love survive or will the safety of Taryn’s people cancel them out?  Fantasy meets romance in this three-book saga. Cross over the veil.

Subscribe to my newsletter for updates, book release details, giveaways and more:

Hey all! JASPER, my smexy romantic suspense ebook is up for grabs for only 99 pennies for a LIMITED TIME. If you haven’t met Jasper yet, be… END_OF_DOCUMENT_TOKEN_TO_BE_REPLACED

Today is the day! Banshees, and humans and lorcan…oh my! Hollow Earth, book 2 of the Hallowed Realms series is officially available on all major ebook platforms… END_OF_DOCUMENT_TOKEN_TO_BE_REPLACED

Hey all! Danielle Bannister and I are SUPER excited to share with all of you a sneak peek of our prologue for HOLLOW EARTH, book 2 of… END_OF_DOCUMENT_TOKEN_TO_BE_REPLACED 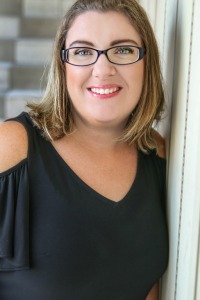 While Amy Miles can’t technically live in fantasy worlds filled with all manner of creatures that go bump in the night, she does spend her days creating them. She is a lover of all things quirky, snarky, and a little bit dark.  Amy loves to cast a spell over her readers, drawing them into twisty tales filled with mystery, suspense, a little romance, and witty banter.